The word "coffee" derives from "qahva" (or qahwah), meaning a drink made from plants. Historically, coffee bushes were initially cultivated in Ethiopia, and coffee beans were first eaten! Then, they were ground up and mixed with fat paste to produce a refreshing travel snack, and only around 1000 AD, infusions with boiling water were used.

At the beginning of human use of both coffee and tea, they were used for medical purposes, indicating that their pharmacological actions had been noted. Nowadays, caffeine is the most widely consumed psychoactive substance in the world!

Caffeine is a naturally occurring chemical compound (a xanthine alkaloid), isolated from coffee and chemically identified in 1820 by the German chemist Friedlieb Ferdinand Runge, who named it from the German word for coffee, "Kaffee." It is found in various food and beverages, such as chocolate, coffee, and tea.

It is now evident that when caffeine is consumed, it stimulates the central nervous system increases alertness, and reduces sleepiness. However, not all individuals experience these effects in the same way. Research has yielded many reasons for that.

It can affect your physical and mental well-being and performance at work substantially; this is why caffeine use should be included in the nutrition recommendations of every employee wellness program.

Reasons why coffee doesn't wake you up

1. Are you a habitual drinker?

Caffeine is well known and used by the majority of the population for its wake-promoting effects. In addition to that, caffeine intake enhances physical and cognitive functioning. These effects seem to occur mainly through the occupation of adenosine receptors in the brain.

So, if you are a habitual coffee drinker and then, for some reason, you abstain from coffee, you still have increased receptors but not enough caffeine to be attached to all of them, and thus, you experience a loss in caffeine effects. Once you re-ingest coffee, the effects re-appear. Interestingly, these effects only appear after a regular coffee drinker abstains from caffeine.

Caffeine seems to have no such effects when regular caffeine consumers are no longer caffeine-deprived! Present evidence suggests that during long-term administration of caffeine, the organism develops tolerance to its effects, thus experiencing no effects!

2. Do you consume caffeine close to your habitual bedtime?

Once ingested, caffeine is absorbed rapidly and entirely by the human body. The stimulatory effects may begin 15 to 30 minutes after ingestion and last several hours, depending on the elimination rate. In adults, the time it takes for the body to eliminate 50% of the caffeine varies widely, based on factors such as age, body weight, pregnancy status, medication intake, and liver health.

Nicotine use can increase the elimination speed of caffeine by as much as 50%. In healthy adults, the time it takes for the body to eliminate 50% of the caffeine is approximately 4 hours, with a range of 2 to 10 hours, while effects seem to disappear after 20 hours.

The effect of caffeine on sleep quality is well documented. A study has shown that moderate doses of caffeine at bedtime, 3 or 6 hours before rest, all lead to sleep disturbance. In another study, single doses of 100mg of caffeine (~1 cup of coffee) have been shown to affect sleep duration and patterns in some adults, mainly when consumed close to bedtime.

So, individuals who experience poor sleep quality use coffee the following day to be kept awake and boost their performance. However, when coffee is consumed close to bedtime sleep, this leads again to lousy sleep and so on.

So even though it is known that caffeine is effective at maintaining alertness in sleep-deprived and fatigued individuals during short periods of sleep deprivation, when there is continuous sleep deprivation, caffeine fails to sustain performance at normal levels, even with repeated doses.

3. You may not be "sensitive" to caffeine!

Since that time, several factors that contribute to these differences have been discovered, such as age, drug use, circadian factors, and sleep hygiene. An important factor among those that have received attention in recent years is genes.

Research has shown that individual differences in caffeine response or caffeine consumption are related to genes leading some individuals to experience caffeine effects positively or negatively.

As mentioned above, given the genetic differences, individuals experience the effects of caffeine differently. Generally speaking, caffeine causes diuresis, bronchodilatation, and a rise in systolic blood pressure in non-regular users.

It produces mild euphoria, alertness, and enhanced cognitive performance at low doses, whereas at higher doses, it creates nausea, anxiety, trembling, and jitteriness.

However, if you also think you might not be sensitive to caffeine, more significant amounts might be needed to have the desired effect!

Caffeine (particularly in coffee) is one of the most widely consumed stimulants globally! It is a naturally occurring chemical compound found in plant constituents such as coffee and cocoa beans, tea leaves, guarana berries, and the kola nut. It is added to various foods, such as chocolate, baked pastries, ice creams, sweets, cola drinks, and energy drinks.

It is also present in some food supplements used for weight loss, sports performance, medicines, and cosmetics. Coffee is the primary dietary caffeine source for adults in Western Europe and the United States, followed by caffeinated beverages and energy drinks.

The thing is that when we speak about caffeine effects, we refer to the substance and not just coffee drinks! Sometimes the amount of caffeine found in a coffee might be similar to that of another product, so you might think that you had two coffees that day, but in reality, in terms of caffeine, you might have 3!

Check out the table below to know all your caffeine intake sources!

Due to the high variability in the elimination time of caffeine administered to healthy adults, specific recommendations on what time of day to discontinue caffeine use vary widely from 4 to 11 hours before bedtime. A common practice of afternoon consumption of caffeine should, at a minimum, be restricted to before 17:00, particularly concerning the moderate-large doses of caffeine commonly found in increasingly popular premium coffees and energy drinks.

However, as coffee seems personal, do your tests and see your allowed latest time for coffee! Don't forget that this might be mediated by your sleep batteries, as when they are low, the effect of caffeine is milder. As mentioned above, keep in mind that caffeine is not just found in coffee!

After ensuring your sound sleep, you can use coffee or another caffeine contained product when you need to enhance your performance and not just to keep you awake!

Caffeine in doses ranging from 200 to 400 mg is effective and is often utilized to sustain performance in the context of sleep deprivation, sedation, and sleep restriction. However, as each person is more or less "sensitive" to caffeine, there is no one-size-fits-all!

So, check different doses and time points of intake and find out your "perfect fit"! Be careful of the hidden caffeine which might confuse you during your pursuit!

It seems that there are sensitive and non-sensitive to caffeine individuals, determined by genetic factors.

Secondly, once sleep has been disturbed for many days, caffeine seems not to be working.

On the other hand, if you are consuming coffee close to bedtime, sleep will be negatively affected, putting you in a cycle of sleep deprivation – coffee consumption, which is characterized by being constantly tired, thus feeling that coffee can't keep you awake.

Consider, also, whether you consume too much caffeine.
Present evidence suggests that during long-term administration of caffeine (as if you are a habitual drinker), the human body develops tolerance to its effects. Keep in mind that caffeine is not present only in coffee but also in tea, chocolate, energy drinks, and soda drinks.

Last, caffeine's dose-response effect has been documented as a chemical substance. So, it might just be the case that you need some more. Not all coffee drinks have the same amount of coffee, so it is not the case that a cup of coffee brings the effect. 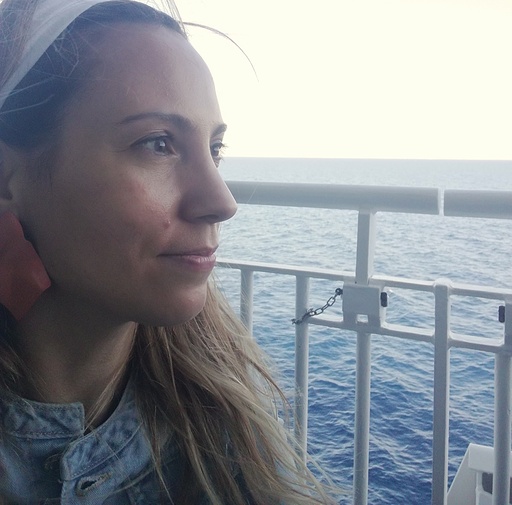 Carbohydrates comprise a comprehensive group of naturally occurring substances consisting of one or more units of simple ...
Start Reading
Evie Fappa May 17, 2022 10:47:42 AM 11 min read

Have you ever felt your energy is so low that it impacts your productivity, even if you’ve already drunk too much coffee?
Start Reading
Evie Fappa Apr 6, 2022 12:30:00 PM 12 min read

If you are looking for healthy options you can eat at work or include in your employee wellness program's nutrition ...
Start Reading